No matter what the lamestream media may try to tell you, do not let them sway your belief in the words of Donald J. Trump, duly elected President of the United States of America.

When the President declares an end to the COVID-19 lockdown, you should immediately schedule massive gatherings to show your support. Your celebrations should include an abundance of those long-denied hugs and kisses.

Do you know people who constantly complain that the President’s administration is entirely based on ignorance and lies? They are untouchables.

Let them continue to cower in their homes, isolated by their paranoia.

If you or those closest to you begin to show signs of illness, don’t bother seeking medical attention. That’s exactly what those attempting to control you want you to do. Continue with your normal daily lives, secure in what Donald has told you. 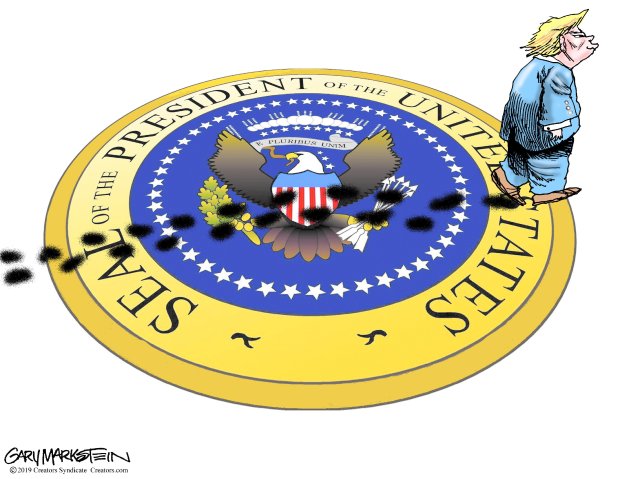 An eloquent summary of the Pretender to the Presidency written by by Charles P. Pierce, Esquire Magazine:

(Unfortunately, access is limited to twice before you’ll be on the wrong side of a pay wall.)

Donald J. Trump, Pretender to the Presidency, is in full meltdown.

Which is the best analogy?

Everywhere Trump appears, he would be greeted by hundreds, even thousands, of simultaneous whistles being blown in his direction.

It would be especially sweet to smuggle a merry band of brave whistle-blowers into one of Trump’s rallies. They would, of course be quickly (perhaps literally) thrown out, but the media coverage would be endlessly hilarious.

Whistle protests wouldn’t do much for Trump’s already questionable mental health, but it would do a lot for mine.

Move over Abe, Donald J. Trump has taken your place as the most truthful American President in history.

Yes, the mainstream media has documented what appears to be thousands of lies told by Donald during his time in the Oval Office. What the horribly dishonest press has failed to take into consideration is that Donald’s self-centered, befuddled mind is rapidly slipping toward dementia.

Donald cannot help stating the opposite of what he really means. Anyone who wants to know the truth behind anything Donald is trying to say needs only turn the statement around.

That may prove difficult for some. To end this disgraceful and unfair situation, Donald needs an interpreter who immediately clarifies his every tweet and statement. Keeping things all in the White House family, I think that White House spinmaster, the highly credible Kellyanne Conway, is the perfect candidate to step into that role.

Translation:  We will never, ever protect patients with pre-existing conditions, very important to the health insurance industry.

T:  Tariffs are paid for mostly by us, by the way, not by China.

D:  “Puerto Rico got 91 Billion Dollars for the hurricane, more money than has ever been gotten for a hurricane before.”

T:  Puerto will receive a token amount of relief for the hurricane, less than has ever been gotten for a hurricane before. Disaster funding needs to be reserved for actual states with actual Americans who vote for me.

D:  “There is no reason for these massive, deadly and costly forest fires in California except that forest management is so poor.”

D:  “The Democrats want to invite caravan after caravan of illegal aliens into our country. And they want to sign them up for free health care, free welfare, free education, and for the right to vote.”

T:  Republican indifference to drug-fueled violence in foreign countries has produced a massive increase in refugees seeking asylum in our country. Naturally, we will respond to the immediate humanitarian needs of these unfortunate victims of our own policies.

D:  “Every single Democrat in the U.S. Senate has signed up for the open borders, and it’s a bill, it’s called the ‘open borders bill.’”

T:  Democrats in the U.S. Senate have signed up for an immigrant families bill, and it’s a bill called the “Keep Families Together Act.”

T:  There’s a lot of talk about Biden’s son, that Biden stopped the prosecution, and a lot of people want to find out about that. I’m just calling to say, these rumors have been thoroughly debunked. No need to look into them. Don’t worry. Your aid is in the mail.

That pragmatic advice came from Thomas B. Lance, director of President Jimmy Carter’s Office of Management and Budget, in 1977.

I’ve religiously practiced that philosophy for a lifetime. When it comes to exercising my household handyman responsibilities, I’ll continue to use a failing device until it dies. Then, and only then, will I leap into action, reasoning that anything I do cannot make things any worse.

Donald J. Trump takes the opposite approach. This self-avowed “stable genius” believes himself to be a universal expert — so much so that he frequently declares that nobody else in the world knows more about any topic. Yet, he has consistently proven that he is neither a jack of all trades nor a master of any.

We all meet people like Trump in our lives, self-centered blowhards. As a rule, we soon dismiss them for what they are and, at worst, must avoid them at parties. Unfortunately, this blowhard happens to be President of the United States of America, and he is ever ready to tinker with things he does not understand if it will make his followers cheer.

A case in point and the biggest mistake being made by the blundering Trump administration is its ongoing tariff war with China. Granted, this trade marriage has not been a perfect union, but it worked.

Simply put, the Chinese make stuff; Americans buy stuff. Is it any wonder that a consumer-driven society like the United States buys more things than it sells?

The same people who fiercely defend free market principles are crying foul. Sure, the Chinese lie, cheat, steal and coerce in the course of doing business. So does Trump. Why allow a flawed yet mutually beneficial relationship to be destroyed by an individual who exemplifies the very worst of business practices?

That brings me to a promising possibility in this standoff. Trump’s trade war is hurting the national and world economies, including the segments of society which helped put him in office.

(No, I’m not talking about the Russians. They’ll be fine.)

I’m talking about farmers who are going bankrupt because Trump has cut off their markets and manufacturers who can’t remain competitive with increased taxes on imported raw materials. With every day that the standoff continues, these people and others, including consumers increasingly feeling the pain of Trump’s actions, are becoming less likely to give this clueless President another term in office.

In his typical, uncomprehending fashion, Trump’s efforts to please his base are, ironically, eroding it. Independent voters who thought Trump represented political change in 2016 are discovering that veering to the right was a bad decision. Some may decide not to go to the 2020 polls, while others may even (gasp) vote for Democrats.

The Chinese may succeed in accomplishing a feat which thus far has proven beyond the grasp of the American legislative and judicial branches designed to control something like the Trump administration – remove Trump from office and erase the most dangerous political mistake ever made in the history of American democracy.

Hang in there, Xi Jinping. You may be our only hope.

Watching the House hearings July 24, I felt a combination of admiration and pity for poor Robert Mueller.

Donald has taken a heavy toll on this devoted public servant. It’s time for us to stop pinning our hopes for ridding ourselves of Donald on Mueller, and let this exhausted war hero off the hook.

If a tedious day of testimony can only bring a handful of House Democrats into the pro-impeachment faction, initiating impeachment proceedings would be a waste of time and resources. Another endless series of hearings, horror of horrors, might even help Donald secure a second term.

House Speaker Nancy Pelosi, once again, stands as the tried-and-true political compass by which all Democratic representatives should have the good sense to be guided.

The hearings successfully presented the core of Mueller’s findings to voters who have not read the 448-page report. Even those who have been ignoring politics for the last 3 years now have extensive documentation that Donald is a chronic liar.

American voters now know that the Russians were at least partially responsible for putting Donald in office. They know that Donald has committed crimes for which he would be charged if he were not put above the law by an insane policy put in place during the Nixon investigation.

Democratic presidential candidates have been given plenty of verified political ammunition to fire at Donald throughout the 2020 campaign. With a big, fat target like that, they don’t need to waste any of it by shooting at each other.